Welcome at the trophy guide for The Wizards. This can also be considered a walkthrough and may be used for PlayStation 4, Xbox One and Steam. Achievements for Steam and Xbox are in almost all cases the same as the PlayStation 4 Trophies. A roadmap is provided in the stages below.

Just play the story mode and try to find as many Gem shards as possible. Difficulty cards can be found too in certain levels, make sure to pick those up. The game has a campaign that included 11 levels and an arena mode. The Arena mode doesn’t have any trophies linked to it.

All spells gestures can be seen below in case you forget any.

After you complete the game you will most likely need to farm up some crystals in order to upgrade all spells to their maximum level. You don’t need to max out every level in order to upgrade every spell.
There are a total of 42 crystals that can be obtained. 33 which are earned via score and 9 are earned for collecting all collectibles(crystal shards). You will need 38 crystals to fully upgrade all spells, so you don’t need to earn/collect everything.

Each spell can be upgraded twice with shards. You can do this in the main area, towards the left. The “Master Challenge” is not required for this trophy to pop! 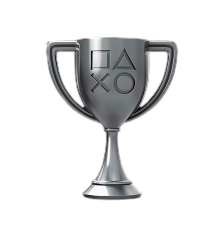 Hero of the people
Complete Region 1

Pinewood has a total of 4 levels, with number 3 being a boss-fight. Complete all 4 of them and this trophy will pop.

Mines has 4 normal levels without a . Complete all 4 of them to earn this trophy.

The last region has 3 levels with the third one being the final . You will face a giant dragon, which will shoot . Those need to be deflected with your shield to damage it. You can see a walkthrough in the video below. 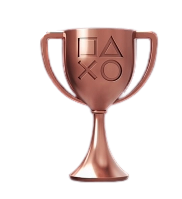 Synchronized
Finish a stage without losing any HP

This trophy can be earned in world 1 – level 1. It’s recommended that you complete this stage before attempting this. You will learn where the enemies will spawn & unlock the shock arcane magic. This is a very strong spell that can one-shot enemies.

Make sure to activate a fate card that lowers the enemies health to make it a bit easier!

Flawless
Get 4 spell potential on one stage

To get this trophy, you will need to earn the 3 stars on a mission (earn enough points) and find all the shards.
This could be done on the first level ina. Make sure you equip the “Harden I” and Harden II” cards as this will multiply your total score. Your total score is also multiplied by the health you have left at the end of the level. 100% health is *1 (Doesn’t do anything because 1*5 is still 5). But if it’s on 50%, it will actually half your score.

Fate cards can be activated when selecting a stage. Simply select one and complete the stage. This trophy can be combined with “No Pain” and “No Gain”.

No pain
Complete a stage with two cards lowering difficulty

This trophy can be earned when you equip the cards “Weaken I” & “Weaken II”. Simply complete any level with these cards active and this trophy should pop.

No gain
Complete a stage with two cards increasing

You can activate Harden I & Harden II to earn this trophy. They will both increase the enemies health pool, but it will still be rather easy. I would suggest you do this on world 1 – level 1, as this is the easiest level of them all.

This trophy can be earned in the first level, during the first fight in the arena. A few enemies will spawn and they will line-up behind each other. Cast your bow spell and shoot the first one, which will also hit the second one.

This trophy should come during the natural course of your playthrough. Use the shield and block projectiles 50 times.