Author: The Trophy Platypus
Welcome to the trophy guide for Unpacking. This can also be considered a walkthrough and may be used for PlayStation 4, 5, Xbox One, Series X and Steam. Achievements for Steam and Xbox are in almost all cases the same as the PlayStation 4/5 Trophies. A roadmap is provided in the stages below.

Follow us on Twitter for the latest news and giveaways. Feel free to join our Discord server if you have questions!

Stage 1 – Complete the 8 levels and do the miscellaneous trophies

Welcome to this trophy guide for Unpacking from Humble Games. The idea of the game is to unpack your items into your new room/house. Items will have certain places they can be placed just like in any normal home. Any items that are in the wrong place will flash red once all the boxes have been emptied, so be sure to move those items until they stop flashing red. The main trophy while completing the levels is “Gotta flush ’em all” for flushing all of the toilets they are found in levels 2004, 2007, 2010, 2013, 2015, and in 2018 there are two toilets. You will be able to use chapter select after beating a level and the good news is all will already be unpacked so clean-up should you miss any trophies will take seconds. 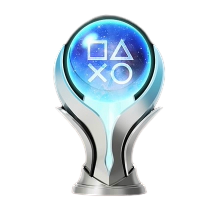 All Moved In
Obtained every Trophy.

Make some memories
Found your camera.

On the “1997” level, you will eventually unpack a camera in the third box.

Solve a puzzle
Solved the cube.

On the “1997” level, pick up the Rubik’s Cube in your bedroom and interact with it to solve it.

Blast some tunes
Turned on a music player.

Strike a pose
Made the mannequin dab.

On the “2004” level, while unpacking the bedroom, interact with the mannequin by pressing Circle until it dabs.

A sometimes food
Put the cookie jar out of reach.

On the “2004” level, while unpacking the kitchen, place the cookie jar on top of the cupboard.

Can be done on many levels, the earliest opportunity being 2004. Place an electrical item in the sink/shower or bath.

Game on
Turned on a game console.

Can be done on many levels, the earliest opportunity being 2007. Interact with a console to turn it on. Handheld consoles do not count.

Hat on head
Found a head to wear the hat.

In 2007 while unpacking the bedroom you will get a baseball cap. Head to the dinning room and place it on the head.

In 2010, head to the bedroom and inside the wardrobe you will find in two of the drawers already contain some underpants. Place them all in one drawer to unlock the trophy.

Brew some coffee
Placed all the coffee-making equipment on the counter.

In 2010, place all of the coffee items on the kitchen counter, this includes – Coffee in a brown bag, drip filter, 2 grinders, espresso machine, metal kettle, and espresso cup(s). Image for illustrative purposes.

On the “2012” level, take the purple poster from the left hand side of the cabinet in the bedroom and place it on the wall

On the “2013” level, interact with the microwave to set the time.

Green thumb
Found a place for every plant.

Baby builder
Built a tower out of baby blocks.

On the “2018” level, in the baby’s room, unpack and place baby blocks on top of each other.

Fuzzy friends
Put the tiger and pig side by side.